FunkyMuse
Anything which inspires everything
Posts Dagger2 is hard, but it can be easy, part 7
Post
Cancel

In the previous post we’ve encountered when’s the right place to inject, named and qualifiers.

In this post we’ll learn about multi bindings and their power.

They’re your best buddies in the Dagger world.

There’s only two of them Set and Map multi bindings and as you might’ve guessed they’re indeed collections.

Go ahead and include

Go ahead and create a Retrofit module and Interceptors module

don’t forget to include the modules in the singleton component

and a TestModel which will get the response from the url

and our Interceptors module

The aforementioned example is just creating a Retrofit Client that’s all, the new comer you’re seeing here is @IntoSet

Once you get creating a multi module project, the Set multibindings (@Intoset) is really coming in handy, especially when decoupling of the implementation by the type you’re gonna use.

It can scale from so called Initializers(that hide away the initialization logic), Adapters that bind some data and in our example Interceptors and it doesn’t stop here…

What @IntoSet does is, it creates a Set for you of the type you’re providing, in this example you can also levarage the set for providing the MoshiConverterFactory with some Adapters of your own that can lie in a separate module called :moshi-adapters or whatever you named them, but for the sake of this example let’s keep it short, hopefully by now you’ve realized the power.

The part that you should know is that if you’ve provided one thing into the graph you can use it as a parameter into a function.

As you see our Client configuration function that provides an OkHttpClient

accepts set of interceptors from other Dagger module (InterceptorsModule) but they’re brought together with @Component(modules = [RetrofitModule::class, InterceptorsModule::class]), also there’s this @JvmSuppressWildcards, the explanation of why’s this happening can be a bit confusing, let’s keep it simple:

Now this approach of Set gets to keep your Interceptors into a separate module and this scales really good because all you have to do is include a parameter of Set in your function that provides a dependency maybe coming from a module that you once wrote and reused at multiple times with other modules than our IntereceptorsModule.

@IntoMap binds a provided dependency into a Map collection using a key, Dagger comes with:

Go ahead and create a TestViewModel

We’re including our testApi : TestApi using constructor injection and just calling an api to get the result, don’t forget to add the Internet permission <uses-permission android:name="android.permission.INTERNET"/> inside your manifest.

Before you move onto the next part add

where “lifecycle” is ‘2.4.0-alpha01’ or better, to add a way to collect flows safely without leaking resources by using addRepeatingJob.

For the sake of this demonstration into your activity_main.xml

now you’re ready to run the application, once you do that

You might ask yourself why, what did I do wrong? Nothing, it’s Android again complicating things…

The ViewModel can’t be created because Dagger doesn’t know how to provide the dependency to that particular ViewModel of ours, as you know that ViewModels are created by a ViewModelProvider.Factory we need to tell Dagger about that somehow and also provide a way for it to know how to create our TestViewModel, which is where Map multi bindings shine.

First, we need a key that will provide us a class that inherits from ViewModel

as you can see as we’ve mentioned before that class has a @MapKey which means it’s something specialized for our use case. The @Target is specialized where do we apply that annotation to, in our case means that we need to use @Provides on a function in a module, the key is of a KClass that has a out which is a covariant that can accept every kotlin class name that inherits from ViewModel (we’re restricting this to ViewModel only, instead we could’ve just used Any, but we don’t need that because we might have another key of type Any and confusion… confusion).

Secondly we need a ViewModel.Factory

Thirdly we need a module

You might ask yourself why an abstract class, because the abstract class only accepts an implementation of dependencies which we did already in our case this is TestViewModel and we return it as a : ViewModel because our @IntoMap expects a type of Provider<ViewModel>> and of course we tell Dagger that the map it gives to our DaggerViewModelFactory has to have TestViewModel::class so that it can create our TestViewModel later on.

For example if you have a class

inside your abstract module you can do

@Binds works nearly the same as @Provides which can only provide dependencies of abstract functions that you already have an implementation for and the way it creates them is way more effecient than @Provides, which means try to use @Binds as much as you can, clean architecture picture in 3…2…1… 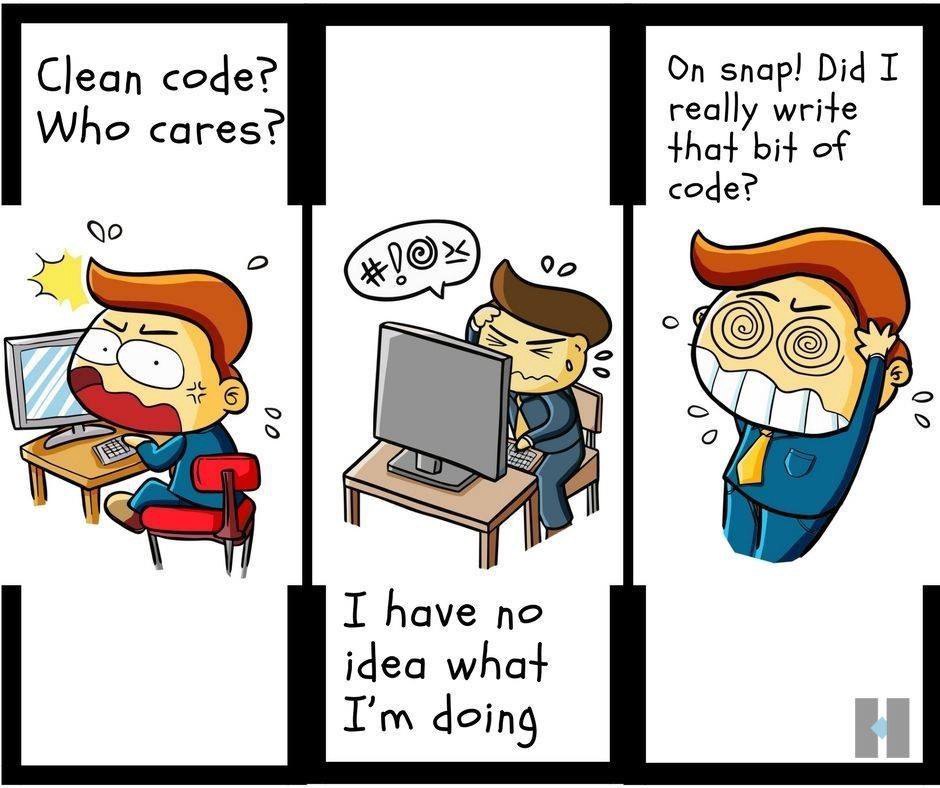 You might not be familiar with why Provider is used in this case, sometimes you need multiple instances of the same type to be returned instead of just injecting a single value, meaning that you can have that TestViewModel inside a HomeFragment, LoginFragment and YourNameHereFragment etc… etc.. As we’ve talked into part 1, Dagger is really one interface and that’s Provider which has only one function called get() which gets the dependency.

With this we’ve created a generic ViewModelProvider.Factory that we can use now to create our TestViewModel

which means now dagger knows how to create our ViewModel using the factory we created leveraging the by viewModels delegate that expects a creator of a type factory.

Run it and it works.

You might think there’s nothing wrong with this but there actually is, everything is scoped to @Singleton, also getting a SavedStateHandle requires to use AssistedInject that requires a lot of changing which won’t matter once we start using Hilt from the next part as this is sufficient for today and this blog post is longer than I anticipated also every bit of this informations needs some time for you to stomach it.

From the next blog post, we’re jumping onto the Hilt train and see where it goes, also Hilt in a nutshell 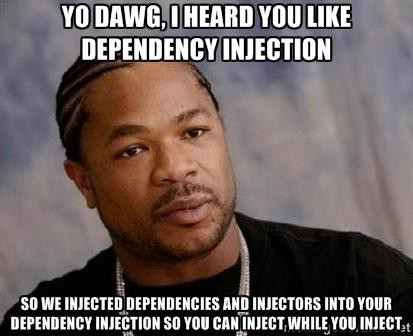 Thank you again for your wholehearted attention and stay tuned for the Hilt blog series.