FunkyMuse
Anything which inspires everything
Posts Dagger2 is hard, but it can be easy, part 6
Post
Cancel

In the previous post we’ve encountered subcomponents and their hierarchy, custom scopes and we did not waste any time.

In this post we’ll learn when’s the right place to inject, named and qualifiers.

We’ve seen in the previous post when’s the right place to inject the @Singleton scope, as a reminder it should be right before the super.onCreate in your : Application inheritance

Go ahead and create a Fragment subcomponent

a scope for our fragment

in our SingletonComponent right above/below your

a HomeFragment class for demonstration

as you can see, the correct place to inject a Fragment is in onAttach since that’s called just once when the Fragment is attached and as an analogy destroyed when the fragment is detached. 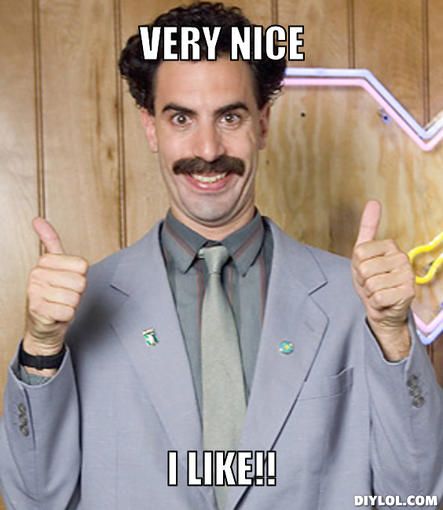 When it comes to an Activity we can go one way or the other, in the previous post we’ve bound the instance of savedInstanceState and intent just to see the different approaches now.

Our example is tied to providing instances of savedInstanceState, intent which shows us that it depends on your use case and how you created the whole logic.

Make sure you’re having the latest appCompat dependency to get the context listener, as of writing this blogpost, i’m using

and correct our ActivityComponent’s create function to receive a Context

then you press F10 and build the application, it crashes.

That means we already have a Context bound, when we built our SingletonComponent, one way to fix this is

but having @BindsInstance context: Application means that we have to change every place where we have our application context to be of a type Application.

The other one is to use a Qualifier or Named, these are more elegant solutions.

For this demonstration go ahead and delete Bundler and IntentHandler classes and remove them from everywhere we’ve used them so far, we won’t be needing them anymore.

When we use named, we have to use @Named which is an annotation that takes a string as an argument and you have to write the string yourself which can be prone to errors if you don’t expose it as a constant, meaning that writing one string at two places can be prone to a human error (typo etc..).

To avoid our Context clash that we had, we have to use @Named to the instance in our case @Named(APPLICATION_CONTEXT_NAME)

the change that has to be done as well

@Named(SingletonComponent.APPLICATION_CONTEXT_NAME) means that when Dagger comes into conflicts for the instances of the same type, it can provide them by a name we’ve explicitly instructed it to do.

The qualifier approach is something I personally prefer to use, because it requires of you as a developer to create a separate Qualifier annotation and I can find it easily into the package where I use that module or class that’s using the qualifier or (your use case or preference here).

To create a @Qualifier is really easy, just create a new annotation and add the @Qualifier and @Retention(AnnotationRetention.BINARY)

Why BINARY you might ask yourself, that’s because the annotation is stored in a binary form which is inaccessible for reflection.

Go ahead and create ApplicationContext

Make the change inside the ActivityComponent

now our SharedPreferenceManager looks cleaner too!

This I see as an absolute win.

For the sake of A. and B. create a class

and inside the sharedPreferenceManager add a function

and Subcomponent that’ll inherit from ApplicationComponent

inside the ApplicationComponent just as you did for the Fragment and Activity, this is only needed for A.

A. If you’re using field injection and manually registering the receiver (which is painful to do so, we’ll see simpler a bit below)

when the power connects/disconnects we have the following

B. If you’re manually registering the receiver then you can use constructor injection to get an instance of your receiver and register it with that instance, since you’re using

which takes a broadcastReceiver instance and an intent filter.

As you can see this is easier approach and as you’ve read in the beginning, always prefer constructor injection whenever possible.

The correct place for the Service to be injected is inside onCreate() right before the super.onCreate() call, just as our : Application

Let’s say we have a Worker class

for this to work we need to create a WorkerFactory that creates ListenableWorker instances, the factory is invoked every time a work runs.

then inside : Application you have to implement Configuration.Provider

You think it’s over? Nope…

Since we’ve created a custom factory, we have to disable (remove) the default initialization factory or ours won’t run.

Probably everyone’s wondering, why’s there no blog post about Hilt since it’s easier, yes Hilt is easier because it does all of this for you behind the scenes so that you don’t have to do it, there’s one more blog post about the dreaded but powerful Multi bindings, I won’t cover WorkManager’s injection using this example but you saw how much boilerplate we have to write and after the Multi bindings post we’re jumping to the Hilt train, which offers easier integration with WorkManager and with practically everything, not just Workmanager. 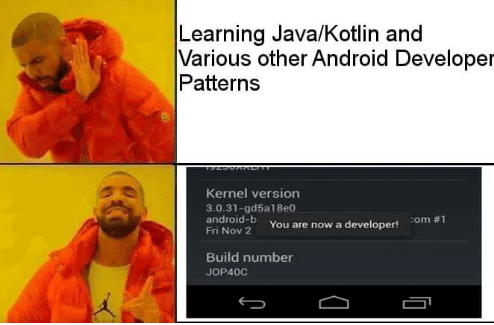