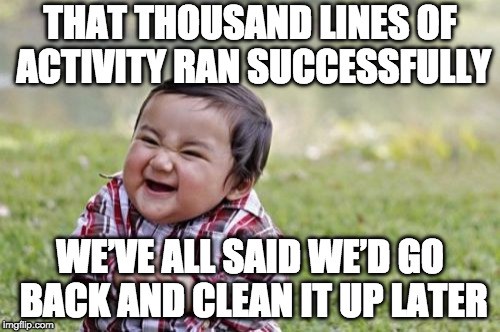 Android, ehh, Android…. development is what is always described as one of the painful things, but we still love it tho, of course there’s a reason why Android’s messy, but have you seen front-end development?

Nevertheless Fragment’s nowadays are matured and more stable than the ones 2 years ago.

And Google also released architecture components to ease our lives, or did they?

There are several mistakes you can make when using architecture components, even if you don’t make them, you should be aware.

This article assumes you have knowledge what ViewModel is, SOLID principles and some general knowledge how things make sense (at least in this article).

Google’s lint forces you to use getViewLifecycleOwner(), because if you’re using the Fragment as a LifecycleOwner you’re always adding observers and never clearing them because the LifecycleOwner didn’t reach the DESTROYed state.

🚫 Don’t use Fragment as a LifecycleOwner when observing Live Data.

✅ Use the getter for viewLifecycleOwner, since your observer has a DESTROYed state when it reaches onDestroyView.

Coroutines StateFlow and SharedFlow, were pushed as a replacement for LiveData but there wasn’t something that’ll clear up the references when using launchWhenX

TL:DR; flows can be dropped when config changes, every time you call this function LifecycleController and PausingDispatcher are created and also launchWhenX functions also use Dispatchers.Main.immediate

Thanks to Manuel Vivo who provided a great explanation.

How many PRs I have rejected because of this thing I lost count.

then we head over where my head hurts the most

How do we fix this?

🚫 Don’t call the function to fetch the data in onViewCreated nor in onCreateView nor anywhere inside the Fragment unless it’s an action that’s triggered by a user input or action. 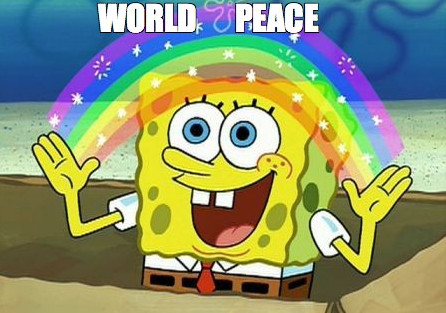 MutableLiveData and LiveData are data holders, there are several mistakes you can make.

🚫 Don’t use var as a way to create a data holder.

You’re creating unnecessary getter and setter for the data holder, if MutableLiveData was a variable you could’ve just assigned the value to it directly without using .value or postValue().

You had your data holder fixed but

I’ve seen code like this and it makes my yesterday’s meal turn over.

If you opened a code base like this and you were confused sometimes because someone exposed the immutable thing to the Fragment sometimes the mutable and they didn’t even think to refactor, then it’s your job to slap them for me.

Use more descriptive name, something like data or etc… get creative

🚫 Don’t use _name for the love of everyone on your team.

✅ Use more descriptive name, something like data or get creative.

Kotlin docs just for the rescue

If you define a custom getter, it will be called every time you access the property (this way you can implement a computed property)

🚫 Don’t use a getter for the immutable data holder.

✅ Initialize it immediately after the mutable data holder.

It is clearly highlighted that we shouldn’t be passing View references to ViewModel, that’s clear, otherwise you’re just killing the purpose of the ViewModel.

Forgetting to unsubscribe a listener

In this sample we’re not clearing the reference and we can’t make the listener garbage collectable.

🚫 Don’t just create references that’ll be held in the ViewModel.

✅ Every reference has to be cleared in onCleared().

Observing inside a ViewModel

You know about NOT referencing Views inside a ViewModel DO NOT DO OBSERVE ANYTHING INSIDE A ViewModel AS WELL! 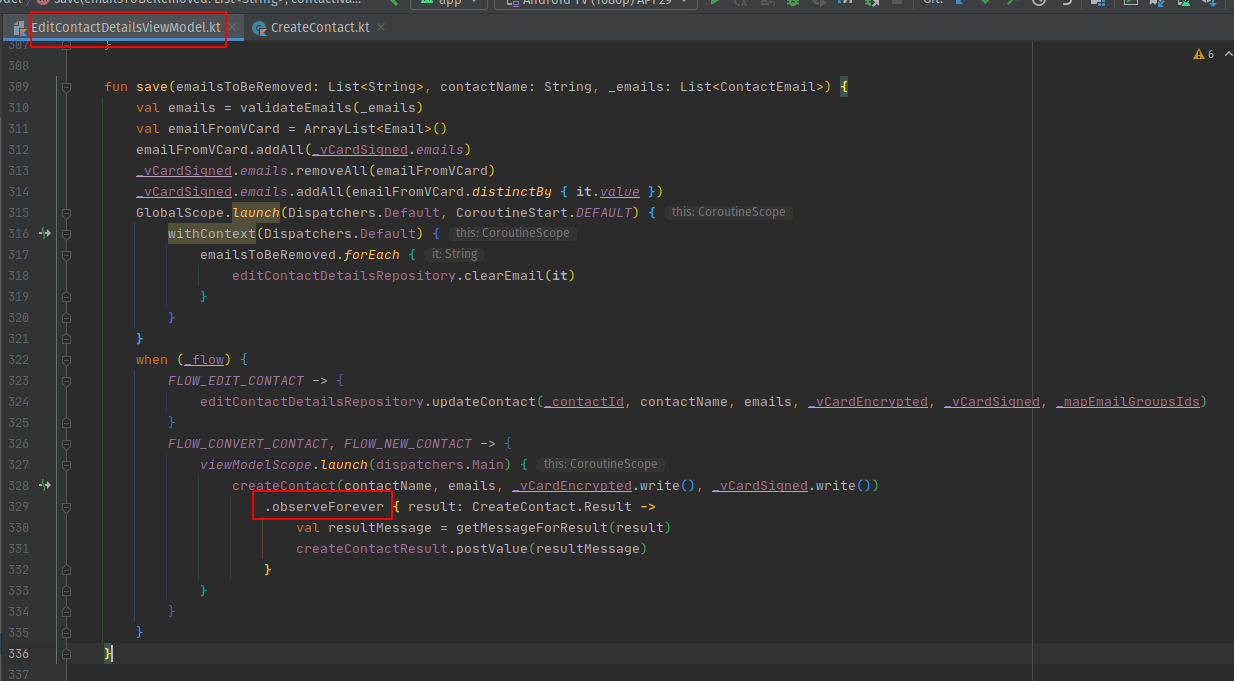 ✅ Everything you need to observe should be in a Fragment or an Activity.

Observing in the wrong places

🚫 Do not observe inside onResume .

🚫 Do not observe inside onCreate in the Fragment.

🚫 Do not observe inside a Service unless you manage it’s lifecycle from CREATED > DESTROYED, same goes for a BroadcastReceiver.

An observer is unsubscribed before an identical one is subscribed hopefully in onViewCreated by removing and adding the same exact observer you will reset the state so that LiveData will deliver the latest result again when onStart() happens.

Sorry Proton for bashing your code base, again I glanced over at MailboxViewModel

In order to use the event, you need to getContentIfNotHandled() first in order to see if the content is consumed, I just deleted that thing and went to use a Channel.

🚫 Do not use MutableLiveData or flow to show a Toast a SnackBar or even worse a Dialog or something that’ll just spam the user endlessly.

✅ Use a Channel or the hacky solution Google provided and shoot yourself in the foot with writing boilerplate code.

This post is more like a rant, hope your ego isn’t hurt so far and you learnt to make the code a better place.

Thanks for reading and not getting hurt (hopefully).