FunkyMuse
Anything which inspires everything
Posts Dagger2 is hard, but it can be easy, part 4
Post
Cancel

In the previous post we’ve encountered method injection and learnt about the order of injection.

From the docs we have

@Singleton doesn’t makes sure you have only one instance of your class in the Dagger graph and it always returns the same instance, it’s an annotation @Singleton which is misleading,

Scoping is a mechanism defined in JSR-330. What that means is that if you scope annotate something, the injector (Dagger) will retain (cache) the instance for possible reusability whenever injection happens.

It gives you the impression that you’re getting a singleton but you’re not, let’s see this case.

now you think okay, we do have a singleton yaay

Let’s create another activity for demonstration

go to our component

and inside the MainActivity

don’t forget to add the activity inside the manifest and run the app.

Let’s demonstrate a real singleton (we won’t be using an enum for this demonstration).

Enum solve problems that arise with (de)serialization and reflection:

inside your MainActivity and your SecondActivity add

and run the app 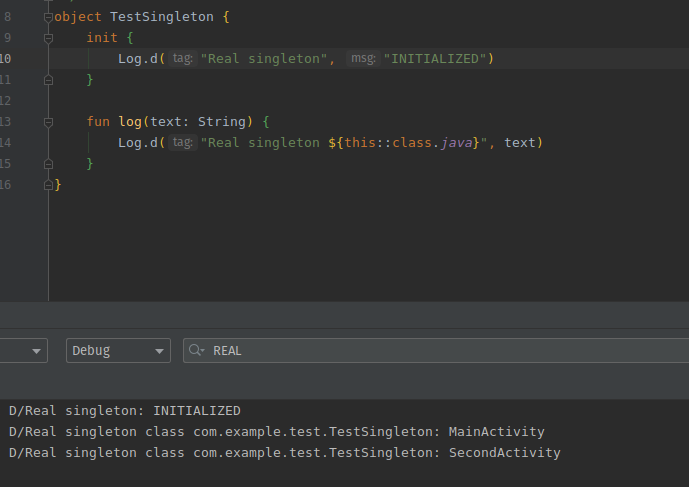 as you can clearly see the object is initialized only once, so who’s to blame here?

OurFirstComponent is the culprit, why? Because we called

in our activities, but they’re created every time you launch a new one right?

In Android we have Application level inheritance which is called only once when the app is launched and every time process death restoration happens.

You might think, okay so, in our first component I need to add a function that creates the object only when Application creation happens and you go ahead and make the following

and inside the activities 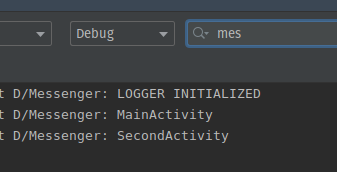 We’ve achieved some form of singleton, but not really, once process death restoration happens, the objects annotated with @Singleton are re-created again and also everything else as well.

In the programming world, an object created only once and never again doesn’t exist (unless you never switch your machine off, which is impossible), once your process dies, everything else that was spawned in it’s lifetime is gone too, 1 process creation = 1 Singleton instantiation.

We gotta be careful with the allocations, they can be costly, we’ll see more about that in a future blog post.

P.S: When Dagger creates the implementation behind the scenes it double checks for the component’s initialization once you annotate something with a scope, in our case @Singleton or any other custom scope (we’ll see how to create that later on) you’ll use in the future, meanig it caches the value that you scope (as we’ve mentioned in the beginning), as for homework you can see how they’ve implemented it.

Thanks for the wholeharted attention.