FunkyMuse
Anything which inspires everything
Posts Higher order functions, how, why and what not to do.
Post
Cancel

This is the last blog post of 2020, let’s end it with some Kotlin awesomeness.

Higher order functions are powerful and of course (the cliche) with great power comes great responsibility.

As the documentation says: A high-order function is a function that takes function/s as parameter/s or returns function/s.

We have our simple example:

highOrderFun is just a regular function, but as you can see… the parameter is of type () -> Unit, this means that the block of code that’s gonna enter as a parameter into the highOrderFun is gonna return Unit (a.k.a void for the Java wanderers).

Now the lambdaBlock function parameter returns an Int, you can then decide what you wanna do with its result, in this case we print it.

These two ways call the function.

The function that enters setTargetListener as a parameter called callback, can provide two parameters on it’s own and returns Unit, so that we get something like this

Kotlin has a beautiful syntax which provides you with this amazing functionality to remove the () after setTargetListener and just enjoy your lambda if it’s the last parameter.

Now now, the setTargetListener is provided with a beautiful syntax by auto complete, but we see a major issue here, they’re called Long, Int, or once you choose the option they become

We don’t want that obscurity, let’s try something else.

Now we’ve added names to our parameters inside the lambda block and now we get something that’s more readable.

Let’s add a second lambda to our function

and now an error arises

setTargetListener is expecting another lambda, what can we do?

In Kotlin there’s this sweet thing called default parameters, in case your firstLambda is something you rarely pass you can do this (this is just for demonstration purposes, real scenarios vary from use case to use case).

and the error is gone

One way is to pass an annonymous function

and the other one is default values as aforementioned,

where the default values are as

which means two parameters and names omitted with underscores just as you would, when you wouldn’t be using the lambda and the compiler will warn you to underscore them for brevity.

In Kotlin, functions are first-class, which also means they can be variables, stored in data structures and as we have seen above, parameters to other functions.

Our value subtraction is nothing complicated than writing

the function operation is already clear as we’re knowledgable so far, but this case has given us the chance to explore something even cooler.

if we have our function

then we can do

the :: operator is a call by function reference, it knows how many arguments the function has and it’s providing them as in order as they are in the operation function, meaning x = 10 and y = 5 and returning the result of their subtraction as an Int.

After you’re back, you can freely feel like singing “I’m back” by Eminem.

Our lambda now expects some object, but the syntax is weird at first?

I assure you, it’s easy.

Our Long. that dot after our Long means we have to call a function to an object of a long type, but which function, oh yes, the one that goes after the dot () -> Unit

in our case, which means inside the setTargetListener we have to find some object of a type Long and call the same function as a paramater on that object, in our case dateStamp.

We’re in this situation when the object cannot be named as we want and had seen in the previous example where we could’ve given custom names, now it’s called this, since it’s THIS instance you’re poking with your lambda function.

What if I told you, you already know the next thing you see?

You may know it by other name also without the defaultNonNullValue, the famous scope function let.

Shortly i’ll explain scope functions, the more I explain, the more I’ll confuse you, so… i’ll keep it simple.

Another thing we learned along the way is that generics in Kotlin are also sweet.

If you notice something, now we have another citizen, inline.

What inline does is, when Kotlin gets compiled to Java byte code, the whole function body of our parameter lambda named block would be pasted wherever it’s called instead of a generic Function object which would add boxing overhead when primitive types are being used and an object is created of course.

There’s more to say about inline, crossinline, noinline, but that’s gonna be another blog post.

If you’re using Kotlin it’s not a question of why.

Instead of using callable objects every time as in avoiding a whole mess of abstracts/interfaces.

This felt quick didn’t it?

And now we’re closing in at the scariest part, what not to do.

Let’s say we have this class

Okay, we’re good citizens and we’ve inlined it, i.e saving the compiler some overhead and then someone uses it like the nightmare you’re about to see

at first you may think, but there’s no problem at all, let’s explain why there’s a big problem.

What we shouldn’t do?

You can check out my repo that’s open sourced and learn a trick or two from some of the helpers/extension functions i’ve made for Android development.

Thank you for your patience and wholehearted attention. 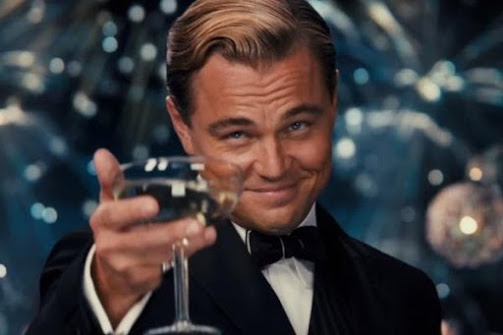 View binding for the lazy